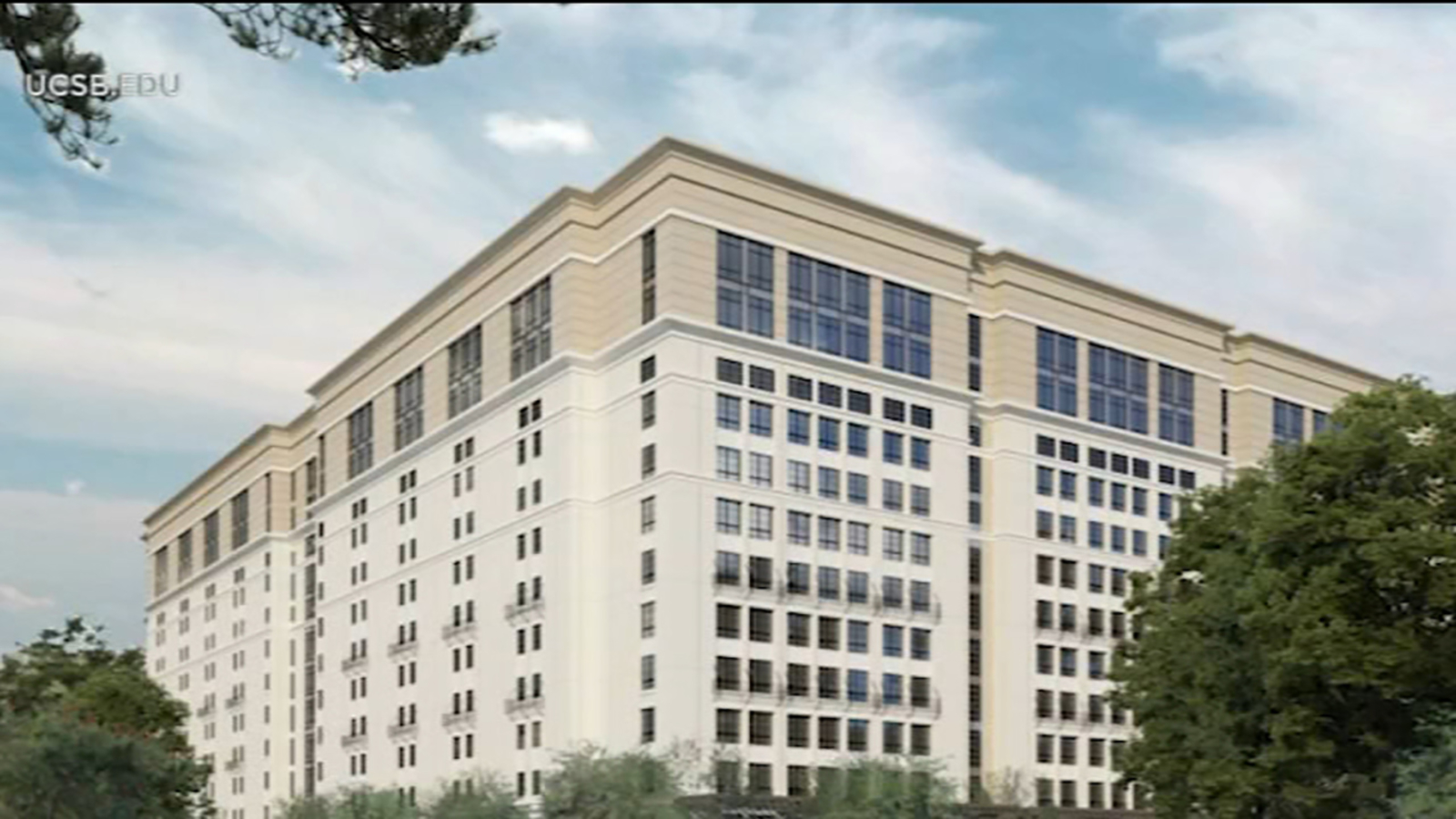 SANTA BARBARA, Calif. — Billionaire Charlie Munger is bankrolling the design of a massive dormitory at the University of California, Santa Barbara. The $1.5 billion project comes with a major catch – 94% of the dorm’s single occupancy rooms are in the interior of the building, and have no windows.

A consulting architect on the university’s Design Review Committee quit in protest of the project, in a resignation letter obtained by CNN Business and reported by the Santa Barbara Independent.

“The basic concept of Munger Hall as a place for students to live is unsupportable from my perspective as an architect, a parent and a human being,” California architect Dennis McFadden wrote in the letter. McFadden declined further comment to CNN Business.

UCSB’s campus is located on cliffs overlooking the Pacific Ocean and has its own beach. Its beachfront location is an integral part of campus culture and identity – and Munger Hall doesn’t reflect this, McFadden claimed.

While the dorm rooms themselves don’t have windows, the exterior of the building does, which lets natural light into the communal living spaces.

“Even the rooftop courtyard… looks inward and may as well be on the ground in the desert as on the eleventh floor on the coast of California,” McFadden wrote.

In addition to being Warren Buffett’s right-hand man, Munger is an amateur architect. He has no formal education in the field.

“Architecture is a field where tastes vary, and everyone thinks he’s an expert. And no two architects ever agree on anything,” Munger told CNN Business.

Munger, the 97-year-old vice chairman of Warren Buffet’s Berkshire Hathaway, donated $200 million to UCSB to fund the dorms, with the caveat that his designs are followed. He wanted the dorm rooms to be tiny and windowless to encourage residents to spend more time outside in the common areas, meeting other students.

“While the bedroom may be ‘just good enough,’ the entirety of the experience makes it exceptional — ‘our town in the sky,'” the October UCSB design review committee report said.

That didn’t sit right with McFadden.

“As the ‘vision’ of the single donor, the building is a social and psychological experiment with an unknown impact on the lives and personal development of the undergraduates the University serves,” McFadden wrote.

The plan for Munger Hall includes an 11-story building that would provide more than 4,500 beds for undergraduates. Each residential floor would have eight “houses,” each holding 63 students. There are eight suites in each house, and every suite has eight single-occupancy beds – window not included — as well two bathrooms and a common space.

The rooms do have artificial windows, however, which Munger said resemble the Disney cruise ship’s artificial portholes where “starfish come in and wink at your children,” the Santa Barbara Independent reported.

UCSB said in a statement that the project and design of the building will go forward as planned. The university added that all its current housing projects are guided by a campus plan, which was “developed through an extensive campus participatory process with the assistance of Urban Design Associates.”

“When this thing goes up and becomes an extreme success, which is absolutely inevitable, I think there will end up to be more buildings like it on the UCSB campus,” Munger said.

McFadden wrote in the letter that the population density of Munger Hall would be slightly lower than a portion of Dhaka, Bangladesh, one of the most densely populated cities in the world. There are only two points of entry and exit.

“The project is essentially the student life portion of a mid-sized university campus in a box,” McFadden wrote. “Munger Hall is an experiment in size and density with no precedent in student housing at that scale.”

The plan was designed by architect Navy Banvard, a principal at Van Tilburg, Banvard, & Soderbergh. Banvard said Munger Hall is a collaborative process between UCSB, Munger and the design team.

UCSB, like other universities, is facing a housing crisis. The Daily Nexus reported in August that UCSB ran out of spaces in university housing and had a waitlist of over 1,000 students who were searching for a place to live.

“One of the reasons, and there are many, for the project is to address the University’s substantive housing needs,” Banvard said. “Good and affordable housing for students in a very competitive housing market.”

Munger’s grandson is an alumnus of UCSB.

“I’m a product of education, public education,” Munger said. “And I know how important schools are and the architecture of schools is, so naturally I drifted toward giving dormitories.”

The project would be slated to open in fall 2025 pending approval and certification in 2022 by the California Coastal Commission.

This is not Munger’s first venture into dorm architecture. Munger Graduate Residences at the University of Michigan follows a similar concept. The high-density dorm, which also has mostly windowless bedrooms, was funded by a $110 million gift by Munger.